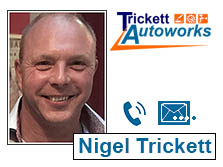 If you are interested in any of our services, then please get in contact for a free no-obligation quotation.

These packages are being designed specifically for those who are concerned about the environmental impact of buying a new vehicle, but want to ensure that the vehicle they wish to keep for an extended period, remains reliable and a pleasure to own.

To achieve these goals for our clients, we will be utilising our many years of experience in caring for Vintage and Classic cars, and instigate a more appropriate and pro-active inspection and maintenance routine.

Such a comprehensive routine will come at a cost, however for those that usually buy or lease a new car every few years, the economics are very favourable. 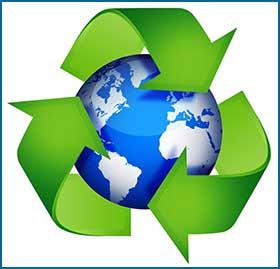 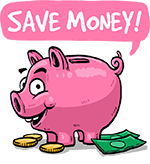 Electric Vehicles - are they worth considering?

In writing this article, I can declare that I am not an "Expert" on the subject. However, having considered purchasing an "electric car" recently (solely as a contribution to protecting the environment), I have done many hours of research.

I did not just do this research for idle curiosity, it was because when I purchased my current car in 2008, I did not challenge the guidance of government endorsed "Expert" advice i.e. that it would much be better for the environment if I bought a car with a "Diesel Engine"... well thank you "Experts" for that great advice - NOT!

Anyway, my research concluded that for both environmental protection and practical purposes, electric vehicles are a very poor choice. In fact, of the three engine fuel options, Petrol, Diesel or Electric, the research indicated overwhelmingly, that Electric Cars are the worst choice.

Undoubtedly, in some very specific circumstances, using Electric Vehicles could offer a considerable benefit to a local environment e.g. in congested towns and cities, where poor air quality is a health hazard. However, this is just moving the environmental issue away from the local area and back to the Electricity Generation Stations.

Once we factor in how Electricity is actually produced, the environmental benefits are at best highly questionable, but even the most convincing arguments avoid one simple fact i.e. we don't produce enough electricity, or have adequate electricity supply infrastructure, to cater for a substantive switch to electric vehicles.

What to do... something really needs to change?

Where possible, I would suggest that the best current option for the environment, would be to not buy an electric car and more importantly, to stop buying any new cars at all!

And no, this does not mean giving up driving (phew!), it's just about not buying "new" cars. We have already produced enough cars for everybody, so we just need to make them last until an environmentally better solution comes along. And, what better way to inspire the invention and production of better products, than to stop buying the rubbish that we are currently being offered!

This may appear a bit unrealistic but I have done the research and mathematics, and keeping our current stock of motor vehicles on the road and reliable is not just very feasible, it's economically a great option too.

I will be publishing my research on this website page as soon as I have the time, but if you are thinking about buying an electric car right now, and are making this choice for environmental reasons, all I can say is please do some research... in my opinion, the "Expert" advice, and "Marketing" hype, that we are all encountering at the moment is all very misleading, and I feel we are all being "duped" once again (from "Dieselgate" to Electricgate... what next)?

A couple of examples of the complex issues involved: -

2) Batteries contain toxic materials that will become hazardous waste. Within a few years this could be about 1 million cars worth of batteries per year (approximately 200,000 tons) - and that's just the UK!

Of course we could believe that the UK Government (that is helping to promote Electric Cars), will find quick and clever solutions to these huge fundamental issues... "hmmmm, I'm not totally convinced about that". 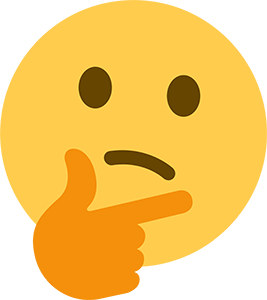 Electric Cars may be the best environmental solution for personal transport one day... but until we have new technologies and better infrastructure, that day is a very long way away!

As if my initial conclusion about buying Electric Vehicles was not bad enough already, I have since read about a synthetic gas called Sulphur hexafluoride which is used in the Elelctricity industry... "what the %#*@ were the worlds scientists, engineers and industrialists thinking"?

So, if you are still unsure about whether buying an Electric Car is good for the environment... have a good read!

NOTE: The following information is an extract taken directly from the BBC website (click on the skull and crossbones image below, for a link to the page).

It's the most powerful greenhouse gas known to humanity, and emissions have risen rapidly in recent years, the BBC has learned.

Sulphur hexafluoride, or SF6, is widely used in the electrical industry to prevent short circuits and accidents.

But leaks of the little-known gas in the UK and the rest of the EU in 2017 were the equivalent of putting an extra 1.3 million cars on the road.

Levels are rising as an unintended consequence of the green energy boom.

Cheap and non-flammable, SF6 is a colourless, odourless, synthetic gas. It makes a hugely effective insulating material for medium and high-voltage electrical installations.

It is widely used across the industry, from large power stations to wind turbines to electrical sub-stations in towns and cities. It prevents electrical accidents and fires.

However, the significant downside to using the gas is that it has the highest global warming potential of any known substance. It is 23,500 times more warming than carbon dioxide (CO2).

Just one kilogram of SF6 warms the Earth to the same extent as 24 people flying London to New York return.

It also persists in the atmosphere for a long time, warming the Earth for at least 1,000 years. 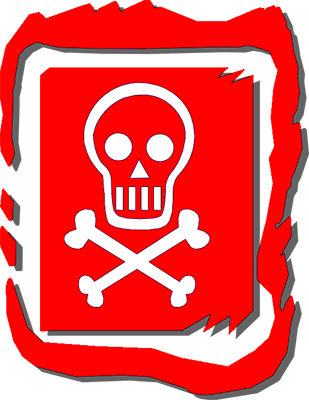 Perhaps we could try to excuse the Electricity Power Generation Industry for making such an awful blunder, but I still remember when they used PCP's (Polychlorinated Biphenyls), another "synthetic" toxic chemical... it would appear that some industries just don't learn from their mistakes.